We’re pleased to announce another exciting brewery lineup for 2019 featuring fresh packaging formats, new brands, and select fan favorites that are becoming more widely available. Many breweries across the country are facing difficulties with the government shutdown, luckily we have another year of innovation planned with labels all set through February. Expect many more can options thanks to the recent completion of a canning line which helps us improve our sustainability efforts, match patrons preferred beer format, and keep favorite brands in stock. This Spring, expect to see Wheat Ale and Champagne Velvet in 12 packs of 12 oz cans. Joining them in the same format this Fall is Dragonfly IPA, Bad Elmer’s Porter, and Upland Variety Packs.

We’re excited to unveil three new beers this year, with two being in our Side Trail Series. The third will be a new Winter Seasonal in 6 pack, 12 oz cans replacing Latitude Adjustment. The beer style and name will be released later in the year. Juiced In Time was the first Side Trail release of 2018 and was an immediate crowd-favorite. It received national acclaim and was named #26 out of 324 IPAs of Paste Magazine’s “Best IPAs, Blind-Tasted and Ranked.” Due to the high demand, Juiced In Time will become a Specialty brew releasing in small batches throughout the entire calendar year.

Our Sour Ales program also has exciting format changes, new brands, and better availability of favorites. Three brands will move to 500 ml cork & cage bottles including Peach, Boysenberry, and Sour Reserve. Collaboration ales with world-class breweries including Mikkeller, Blackberry Farm, and Paradox will be released throughout the year. The first collaboration is Entwined made with Mikkeller Brewing featuring grapes from California chosen by Mikkeller and local grapes from Indiana. Finally, Prim, Iridescent, Revive, and Cherry will be available year-round for the first time.

We’re looking forward to another great year of brewing and innovation. The opening of a new brewery in the Fountain Square neighborhood of Indianapolis in June 2019 will allow us to expand our clean barrel-aged beer innovations and better serve our Indianapolis customers. 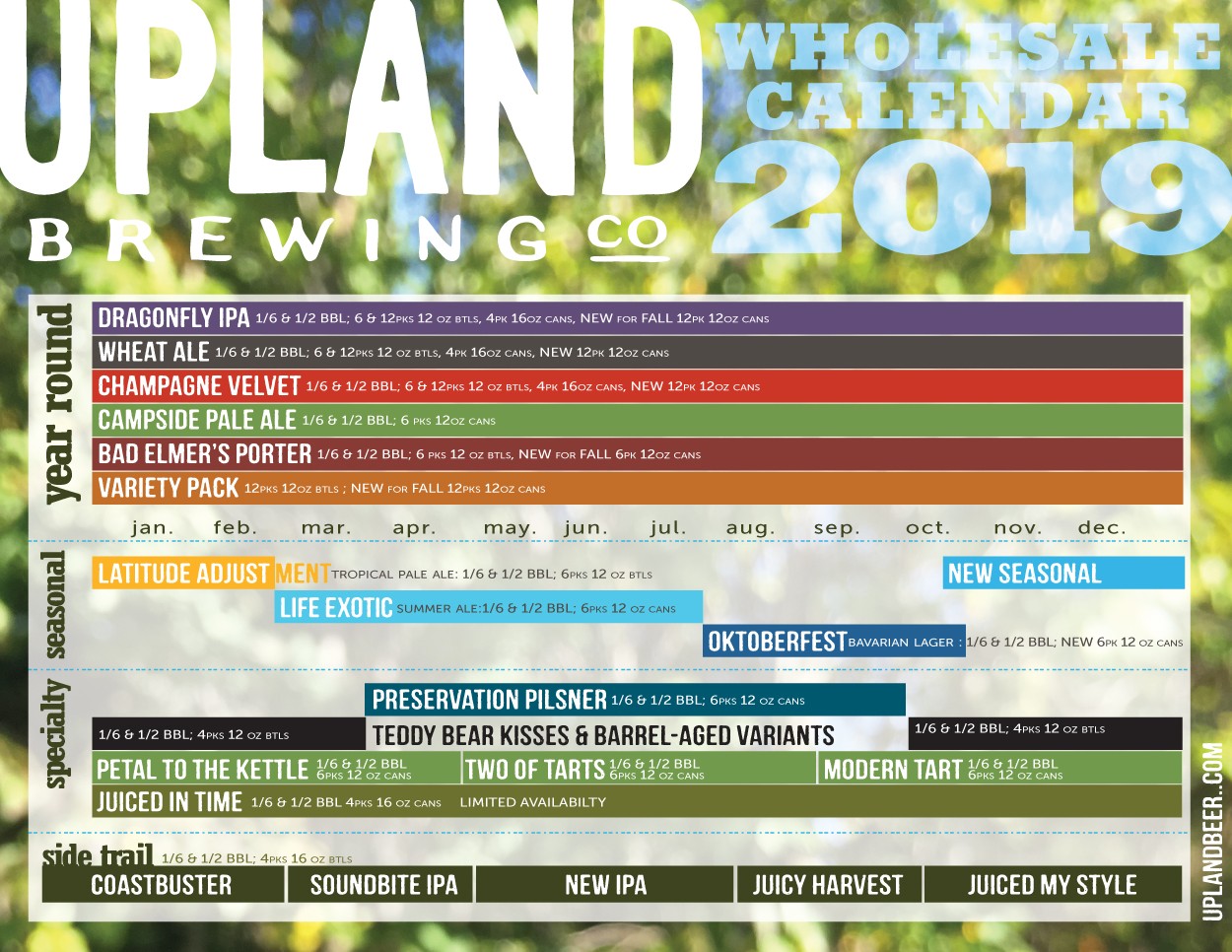