Going for the gold (noodle)

Muhammud Ali. Rocky. 2016 Chicago Cubs. Chef Chris Swartzentruber. What do they all have in common? They’re champions. Well, Upland’s Chef Chris isn’t technically a champion, yet, but he is training hard for the upcoming Return of the Mac in Bloomington on Sunday, April 2 at the Monroe County Convention Center. Grand Prize is the coveted Golden Noodle. 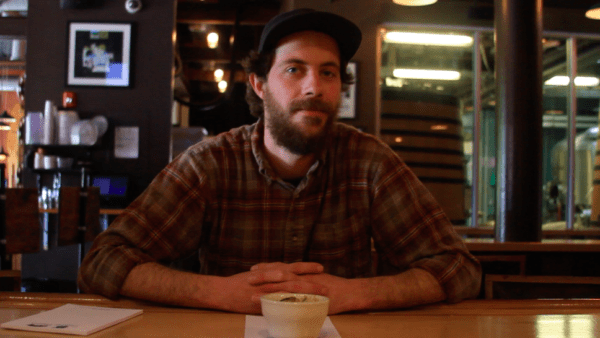 “I’ve been training since I was kid for this. I want that golden noodle,” said Chef Chris. The kitchen crew has been working day and night to perfect a Mac ‘n Cheese recipe that will have the judges and fans begging for more. Chef Chris thinks they will accomplished their goal with the Roasted Poblano Mac ‘n Cheese with White Cheddar dish. 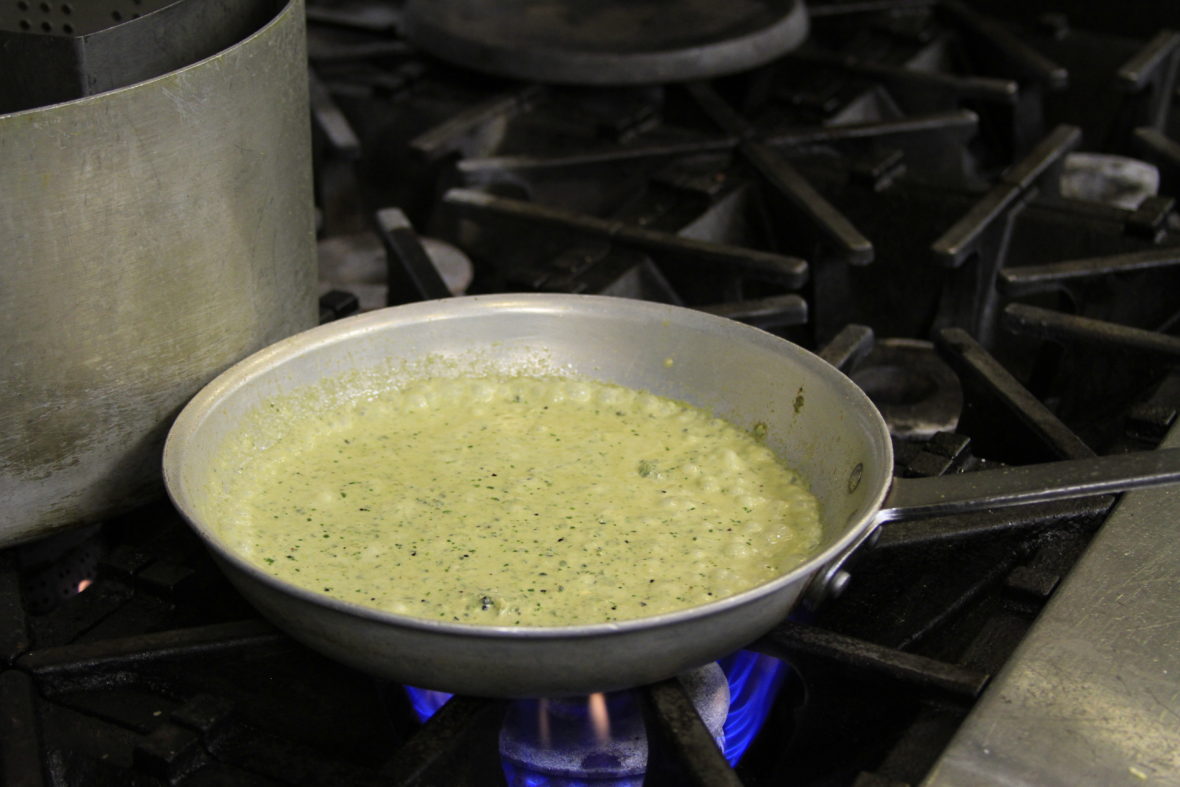 Chef Chris does not want too many recipe secrets to get out, but this cheesy creation begins with a Paula Deen portion of butter and Upland’s Wheat Ale for a touch of sweetness to balance the spice of the peppers. 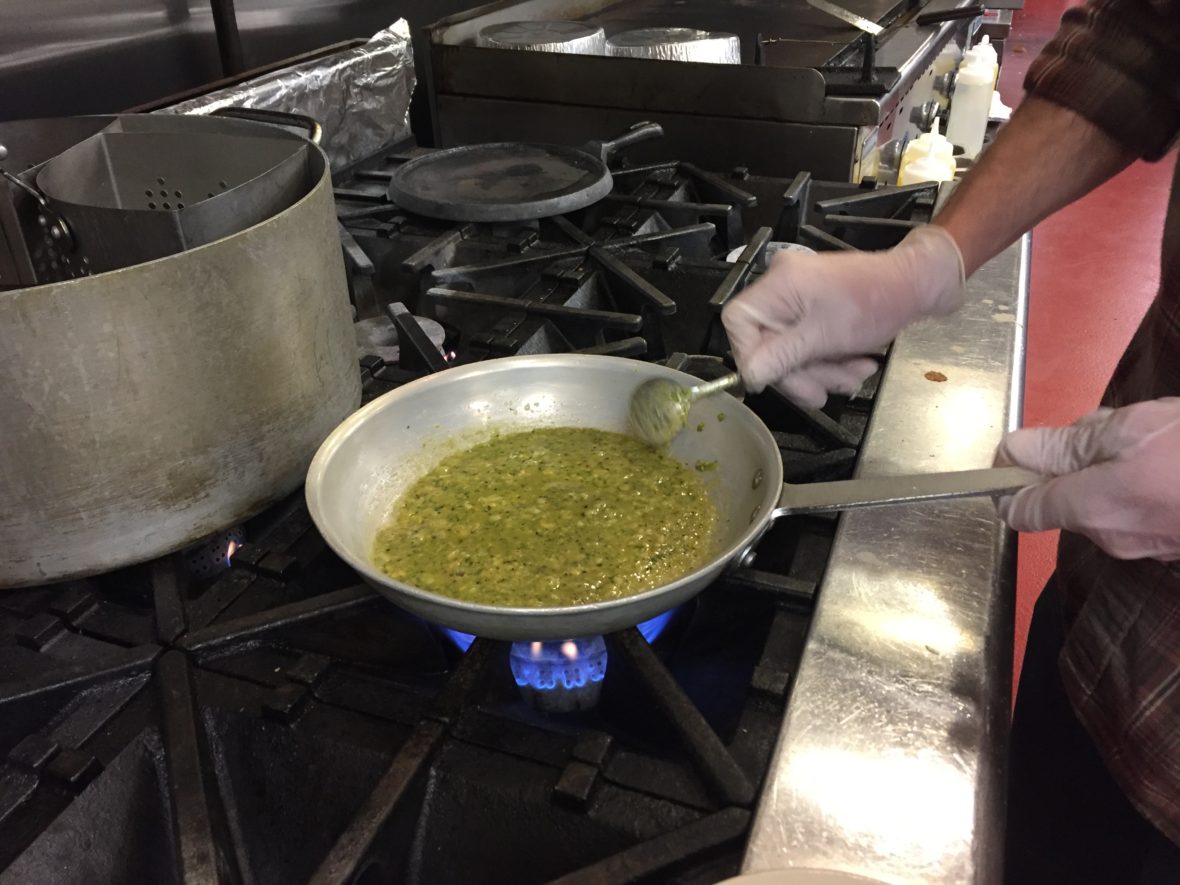 The star of this recipe that will have you back for a seconds is the pureed roasted poblano peppers, adding some heat and lingering spice. “I’m bringing the heat to the competition. Literally,” said Chef Chris.

During the practice prep, Chef Chris got discouraged and afraid he didn’t have what it takes to become the Mac ‘n Cheese Champ. “I don’t want to let my fans down,” he cried. His trainer, Victor, stepped in for some encouraging words and before long, Chef Chris was back up and adding the garnish. 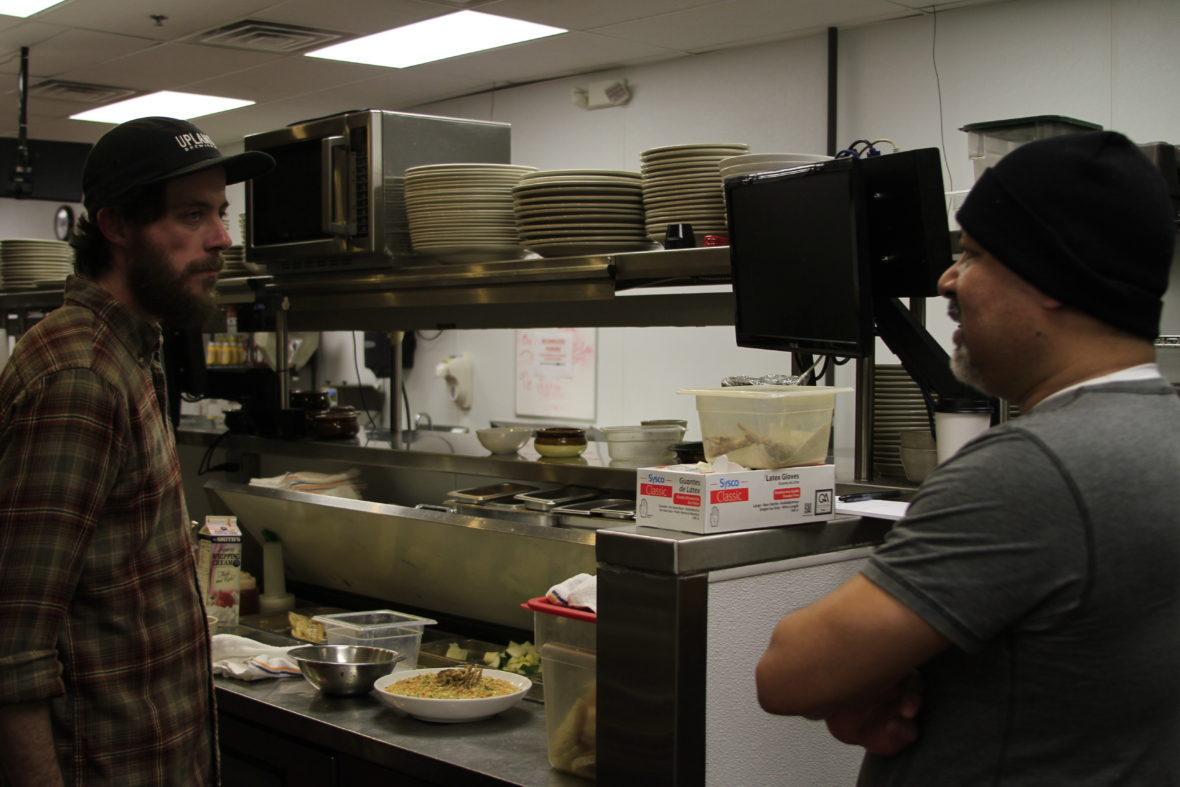 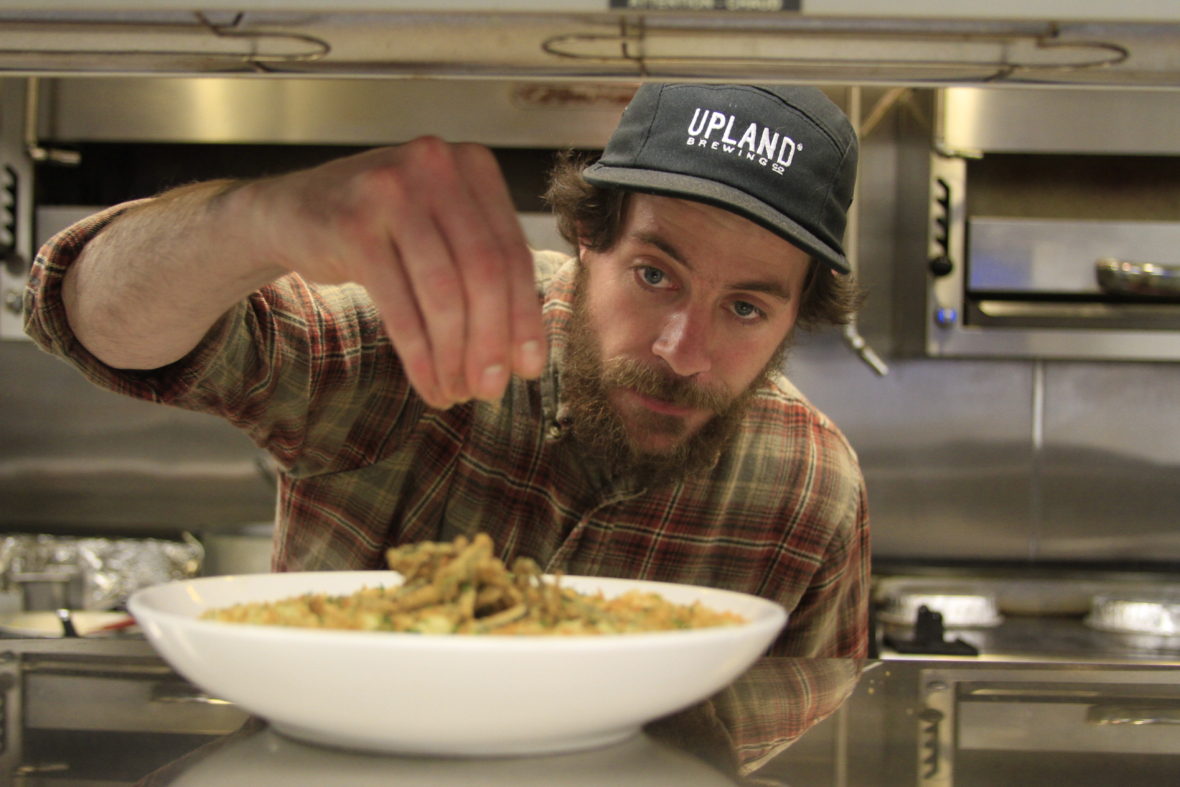 We know where we’ll be after Sour Wild Funk Fest this weekend. This Sunday, April 2 at the Monroe County Convention Center from 12pm-7pm, join us for Return of the Mac—Bloomington.  Tickets are available here and be sure to stop by Upland’s booth, say hello to Chef Chris, and taste the gold. 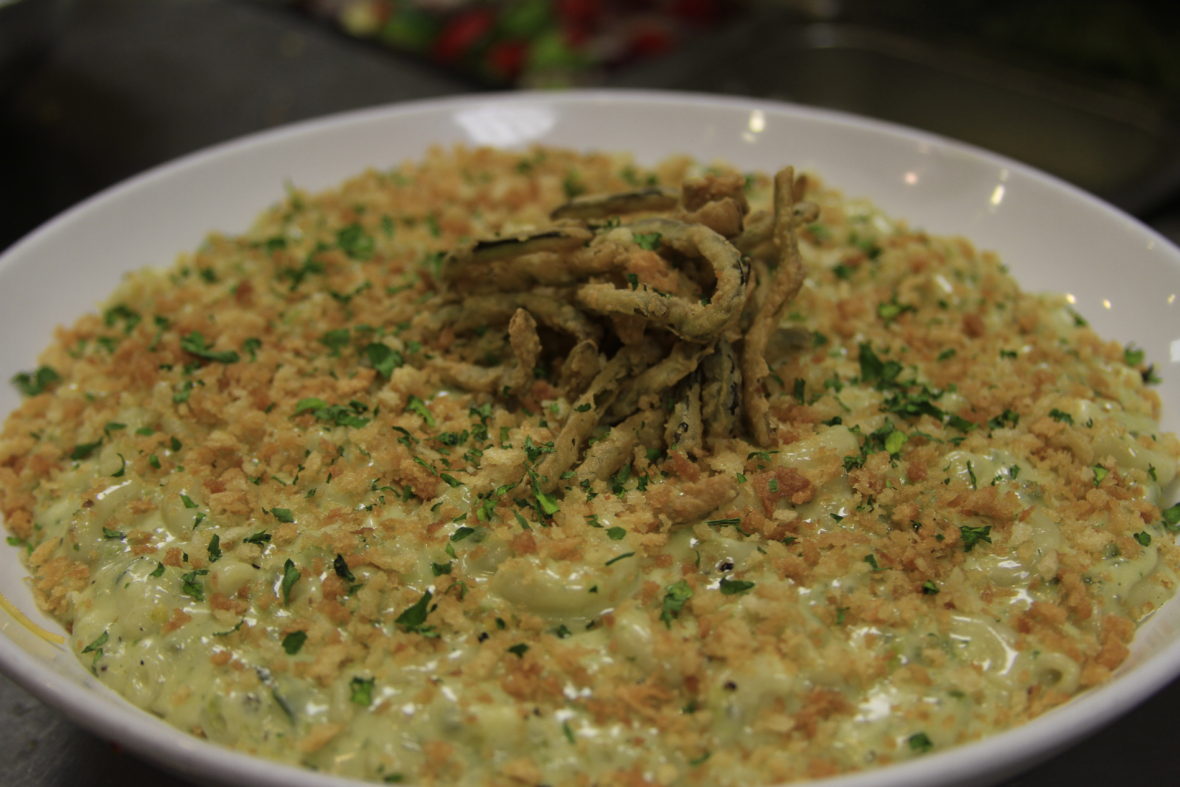