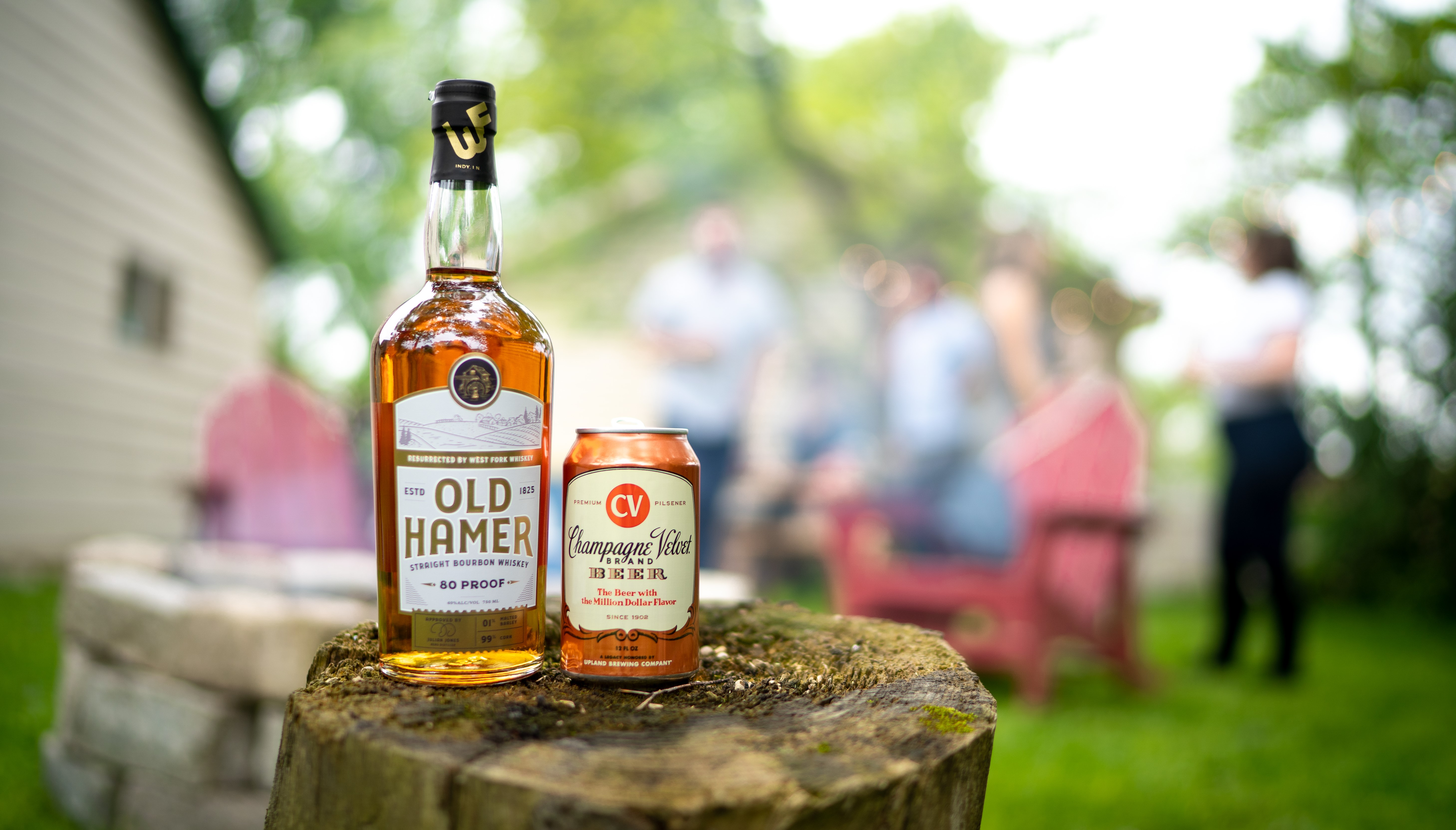 The Hoosier Hi-Five is a combination of two Indiana heritage brands each with over 100 years of unique history: Old Hamer Straight Bourbon Whiskey resurrected by West Fork Whiskey and Champagne Velvet Pilsner, a legacy honored by Upland Brewing.

The combination was born out of the frustration that Hoosiers do not have their own spirit and beer pairing like other cities and states – Chicago Handshake (Illinois), CityWide Special (Philadelphia), or the Two-Step (Texas). Not only does this new drink combination team up two historic Indiana brands, but they pair very well together due to their crisp, clean flavor profiles.

The Hoosier Hi-Five can be enjoyed at a growing number of bars & restaurants throughout the entire state or purchased at liquor & grocery stores to enjoy at home with friends.

In the 19th century, some called it the finest whiskey around, we still call it that. For years, the Hamer Family operated a mill in Lawrence County, Indiana, distilling excess corn and selling it to whiskey lovers as far south as New Orleans. Once lost in the sands of time, Old Hamer is ready to enjoy again.

In 1902, a German immigrant worked out a recipe for a new pilsner beer on a sheet of paper that survives today. That beer was named Champagne Velvet, and over the next 50 years, it grew to become the flagship of all Indiana Beers. Industrial consolidation took down this icon of regional brewing, until a fan rescued it from deep in a trademark portfolio. We reformulated the recipe–based on that same scrap of paper that Walter Bruhn used–and is proud to carry on the legacy of a true Midwestern legend.

So when you tell the bartender, “Gimme a CV!” Be sure to throw in a shot of Old Hamer as well. Look for Old Hamer on tap and in bottles now, as well as our new CV 12-packs! 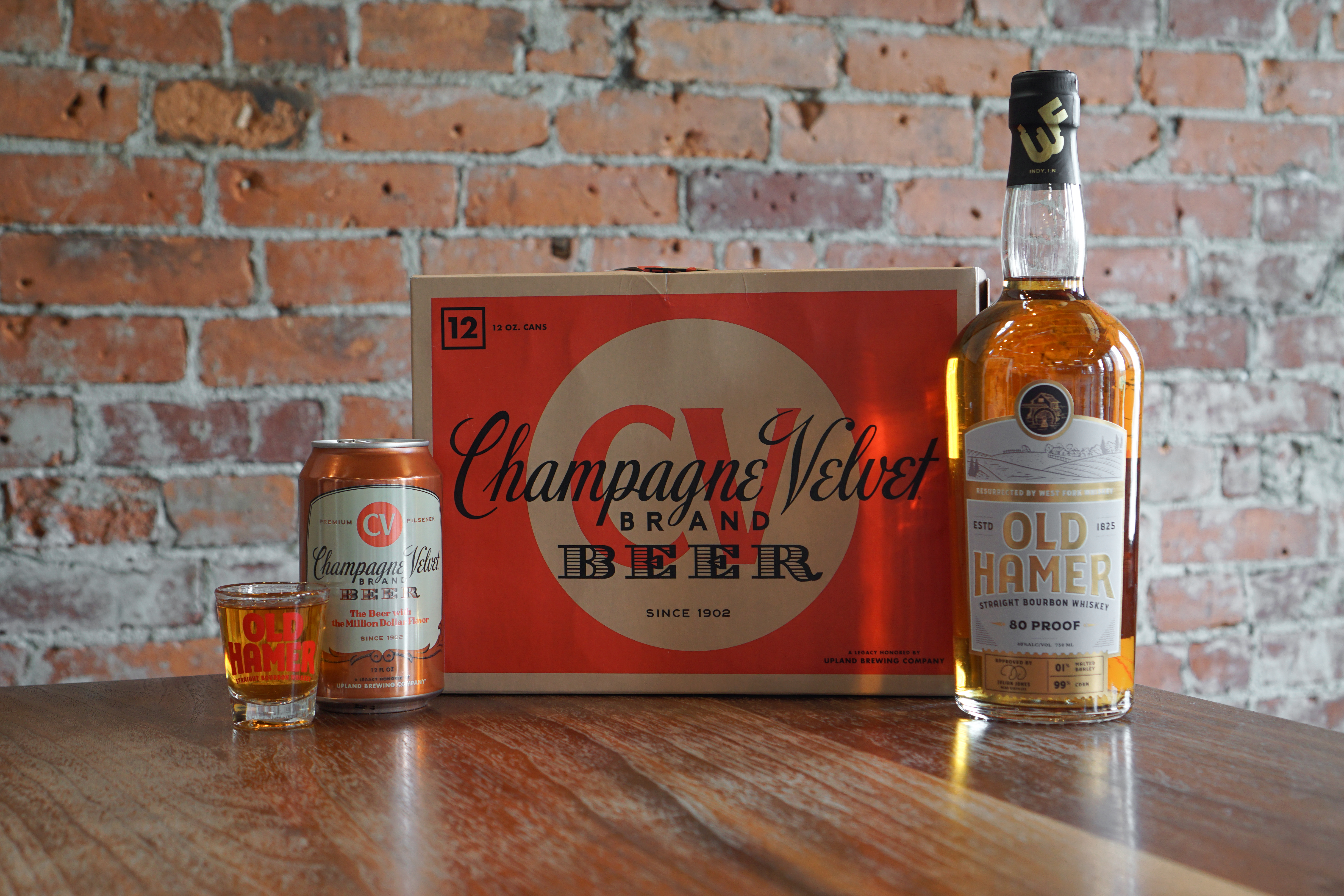 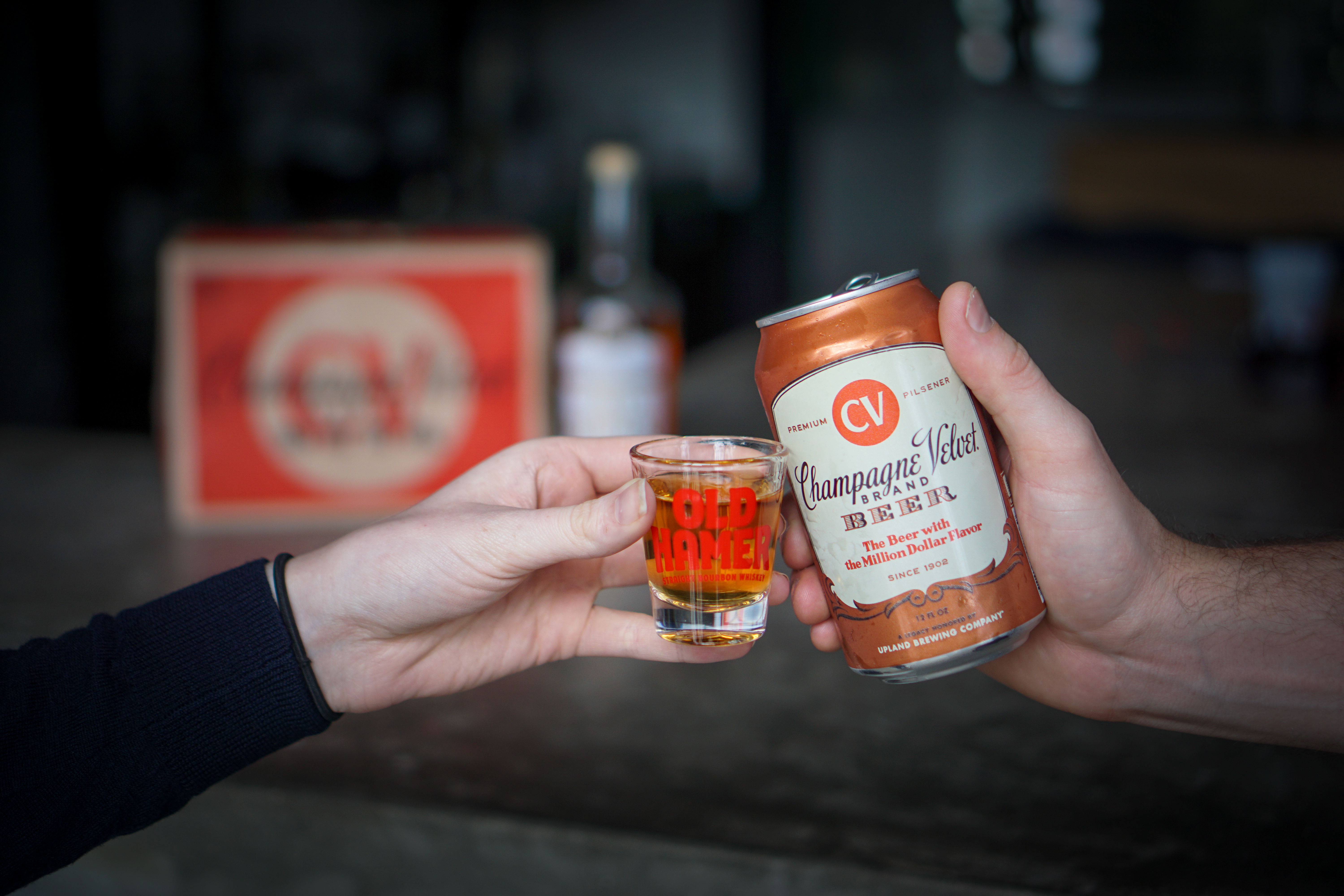 “I love this partnership because it sets off a chain reaction of bringing people together under the banner of our shared history. Each Hoosier Hi-Five is a celebration of Indiana’s storied culture of artisan manufacturing, both past and present,” David Bower, President of Upland Brewing.