Our IPA is better than Against the Grain’s 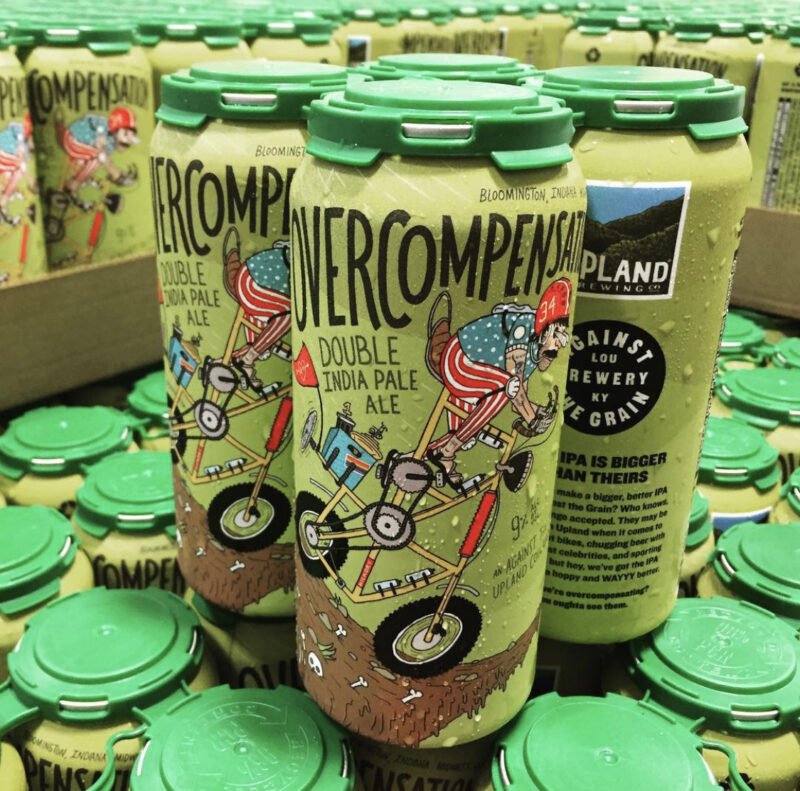 This November we’re releasing a Double IPA that’s hands down WAY better than Against the Grain’s.

We’ve collaborated with Against the Grain to brew our own unique versions of Overcompensation Double IPA. Both versions will be available on draft and in 4 pk, 16 oz cans. But only one of them will be truly the best and the other will be a plea for attention. I think you know which one ours is…

“Sure, the guys and gals at Against the Grain have better tattoos than us and the uncanny ability to shotgun beers with more C-list celebrities, but we’re confident that our new Double IPA is not just way hoppier, but also tastes way better than theirs,” said David Bower, President of Upland.

“Well, when I heard Upland made a Double IPA… I laughed. They can’t stop thinking about us and our IPAs. They know we piss excellence and can’t stop dreaming of being as against the grain as us. Pssstt…Hoosiers,” said Sam Cruz, Co-Founder and Managing Member of Against the Grain Brewery.

“Some may say we added a superfluous amount of hops to this beer and that we did it just to feel better about ourselves,” said Lead Brewer Matt Wisley. “We’re convinced that if you try both versions of Overcompensation, you’ll feel that Against the Grain should probably stick with what they know best—brewing beer that makes for good underwear jokes.”

You can find our take on Overcompensation Double IPA, starting November 17th at any Upland location, on draught and in 4-pack 16 oz. cans. You can also find it in our Midwest distribution areas.