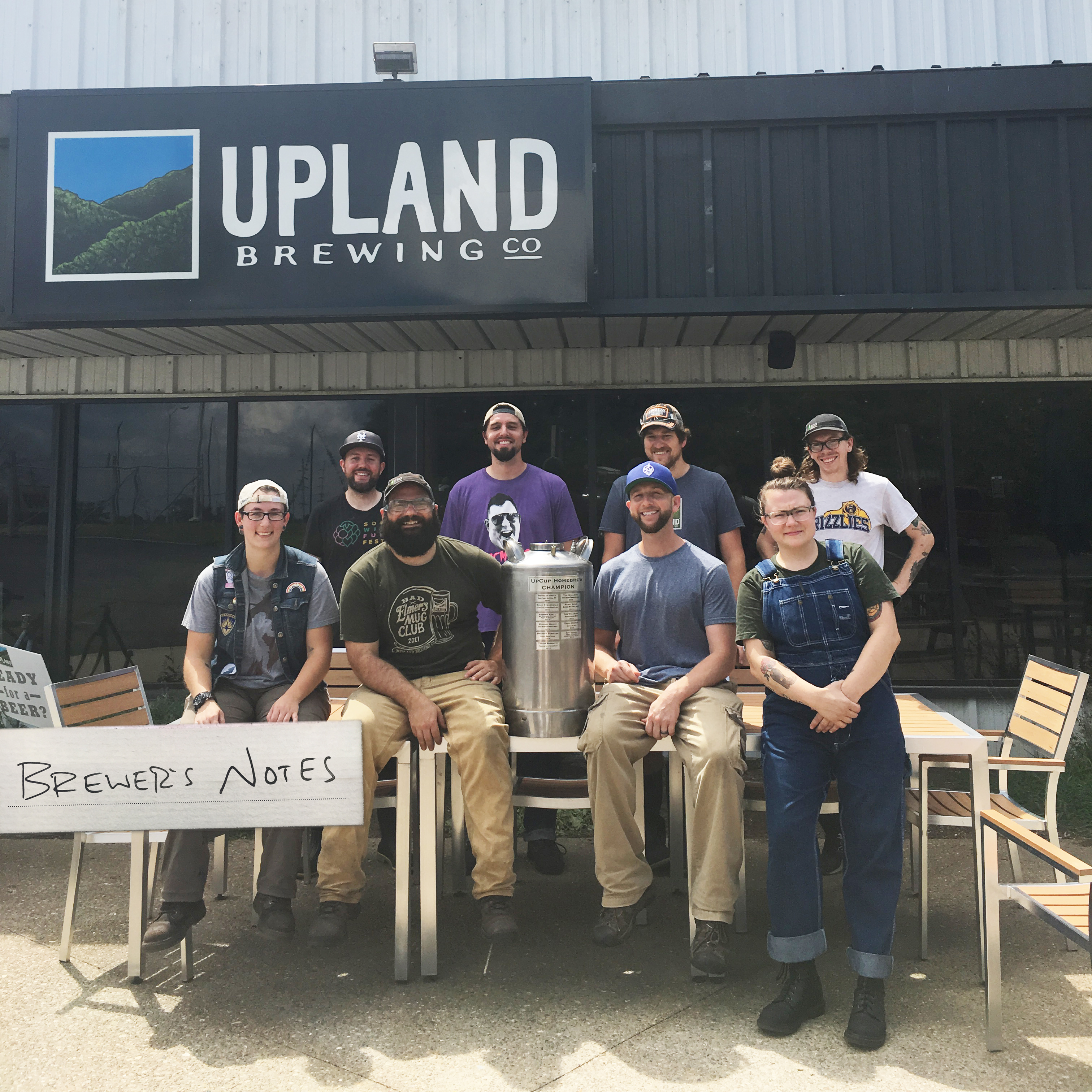 Upland is proud to share many connections with the homebrewing community, hosting monthly meetings of the Bloomington Hop Jockeys Homebrew Club and staging the annual UpCup Homebrewing Competition & Rally. Now in its 11th year, the UpCup has grown into a highly anticipated celebration of craft beer and innovation. It is a full day event held each Spring, with a morning of competition where certified beer judges determine the highest scoring homebrew submissions followed by an afternoon American Homebrewers Association Rally which features raffle prizes, beer samples, and the announcement of the competition results.
This year’s winning beer came from Taylor Brummett of Newburgh, IN, a member of the Ohio Valley Homebrewers Association.   His Scottish Export, named Freedom, was selected as the Best In Show out of 53 unique entries.   As a reward, we invited Taylor into our brewhouse this July to brew a production sized batch of his winning recipe, scaling his recipe up from 5 gallons to 1150 gallons.  Taylor joined us on the brewdeck to recreate his championship recipe with a fully immersive experience of milling the grain, cleaning out the mash tun, adding hops to the boil kettle, and joining the crew for some well-earned shift beers at the end of the day.
A malt-focused beer, Freedom Scottish Export features layers of biscuity and caramel malts. With just enough hops to provide balance and a clean, Scottish yeast strain that adds light esters, this pleasantly sweet beer will entice and delight with rich, malt character and subtle roasted notes.  Freedom will tap at Upland retail locations on Tuesday, August 28th and will be poured at the Pro-Am booth of the Great American Beer Festival in Denver this September.
UpCup 2018 competition was tough. Here are the other ’18 winners:
Honorable Mentions:
Tom Edwards – Solsberry, IN – “Farmstead Common” California Common
Jocelyn Pollard – Pittsboro, IN – “Unicorn Hair” Milkshake IPA
Third Place:
Rod Myers – Bloomington, IN – “Foxy Brown” English Porter
Second Place:
Nathan Pollard – Pittsboro, IN – “Killer Collie” Kolsch 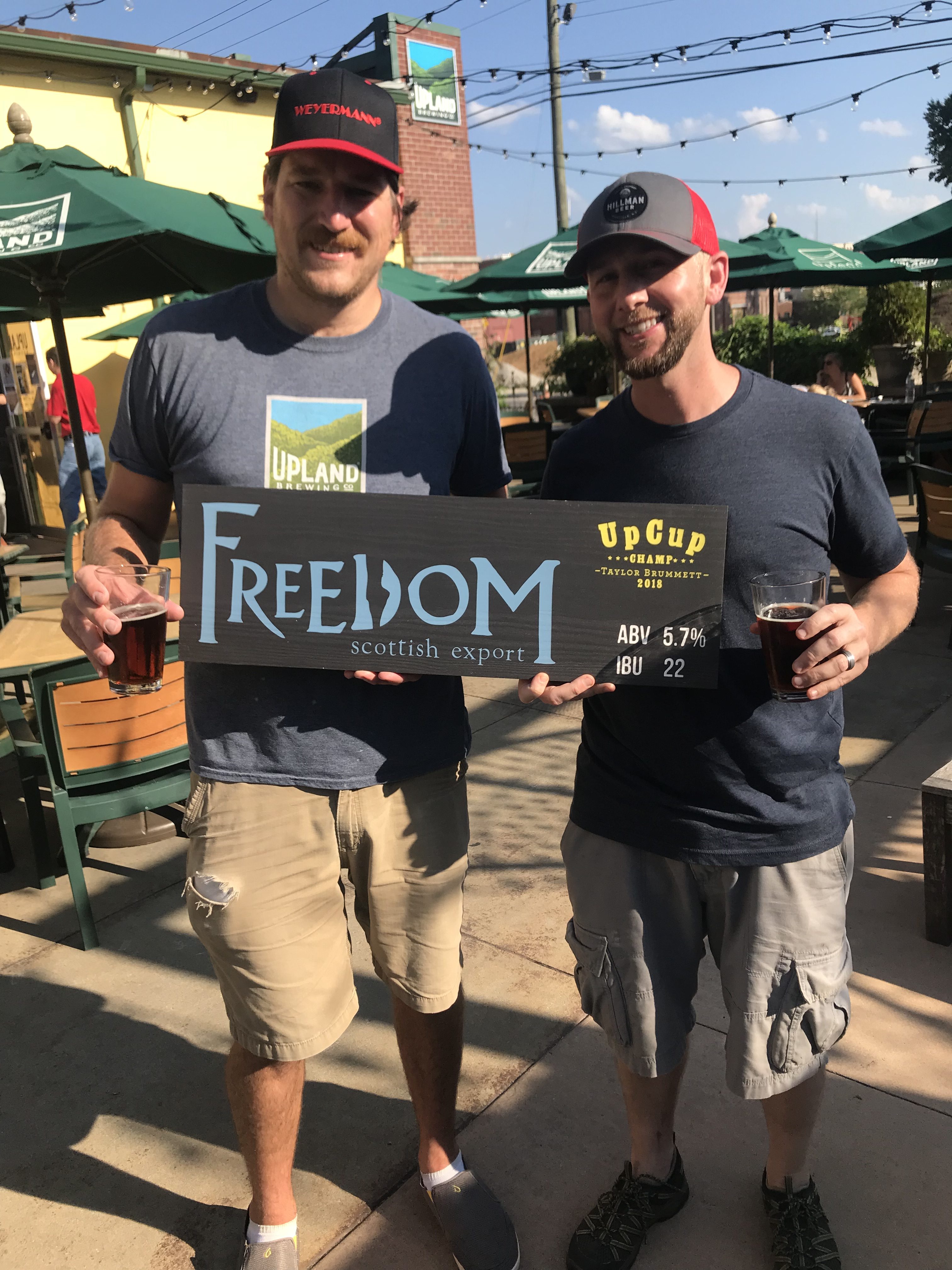