We’re heading south for Nashville, TN for the Craft Brewers Conference! Join at the following events:

Disc Golf Putting Tournament
May 1, 4-8pm
Pastaria Nashville
8 City Boulevard, Nashville, TN 37209
Who has the best putting skills in Nashville? We’re hosting a disc golf putting tournament at Pastaria. Cascade, Anderson Valley Brewing Co. and The Collective Brewing project will be featured as well. Great beers will be on tap from each brewery, even our collab with Cascade, Pearpawsterous. Set up will be head to head. 5 discs from each distance. 15, 20, 25 feet. We will be using marksmen baskets. Double elimination. See you there! 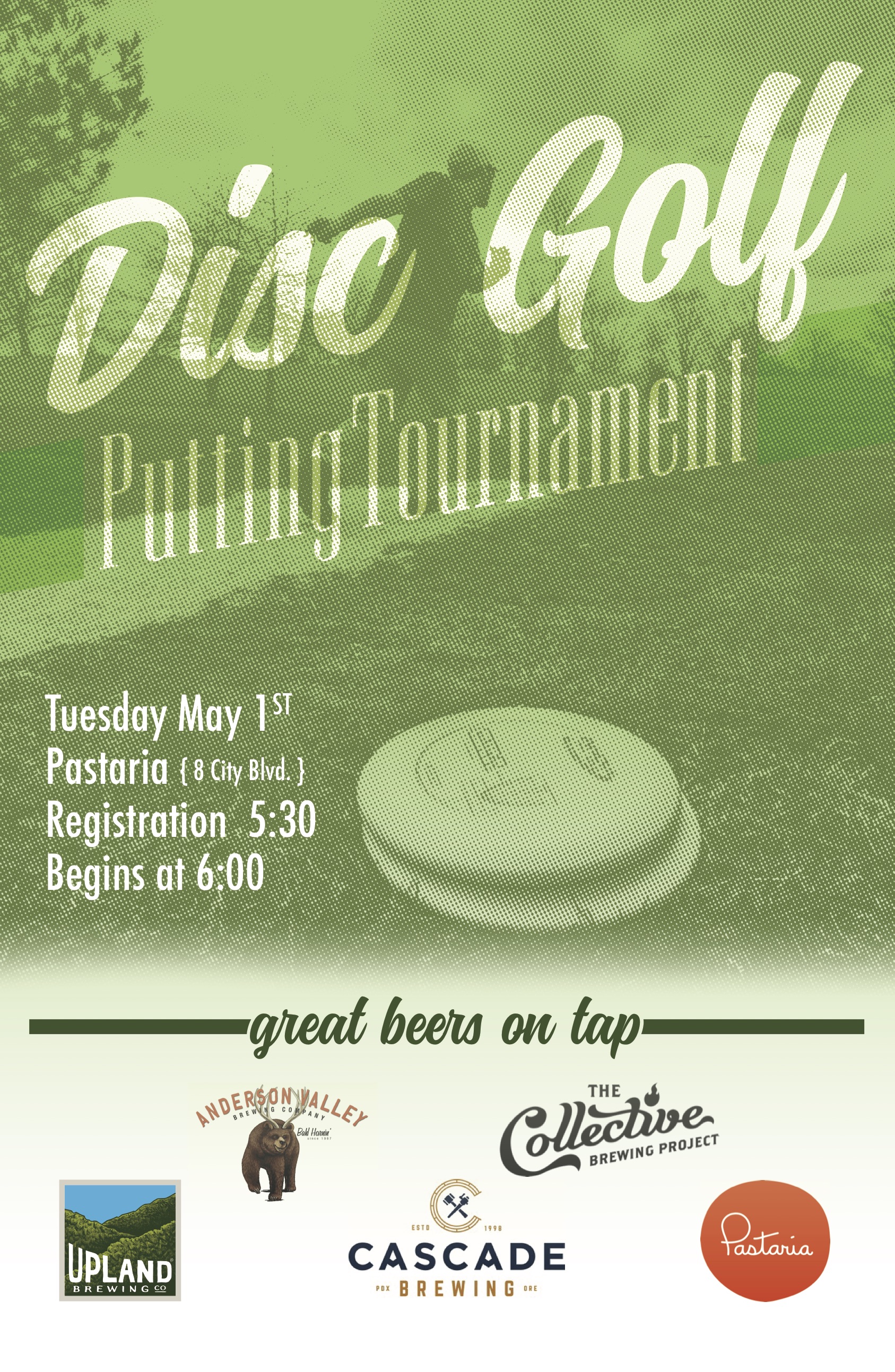